KRB Dives Into The Depths Of The Red Sea 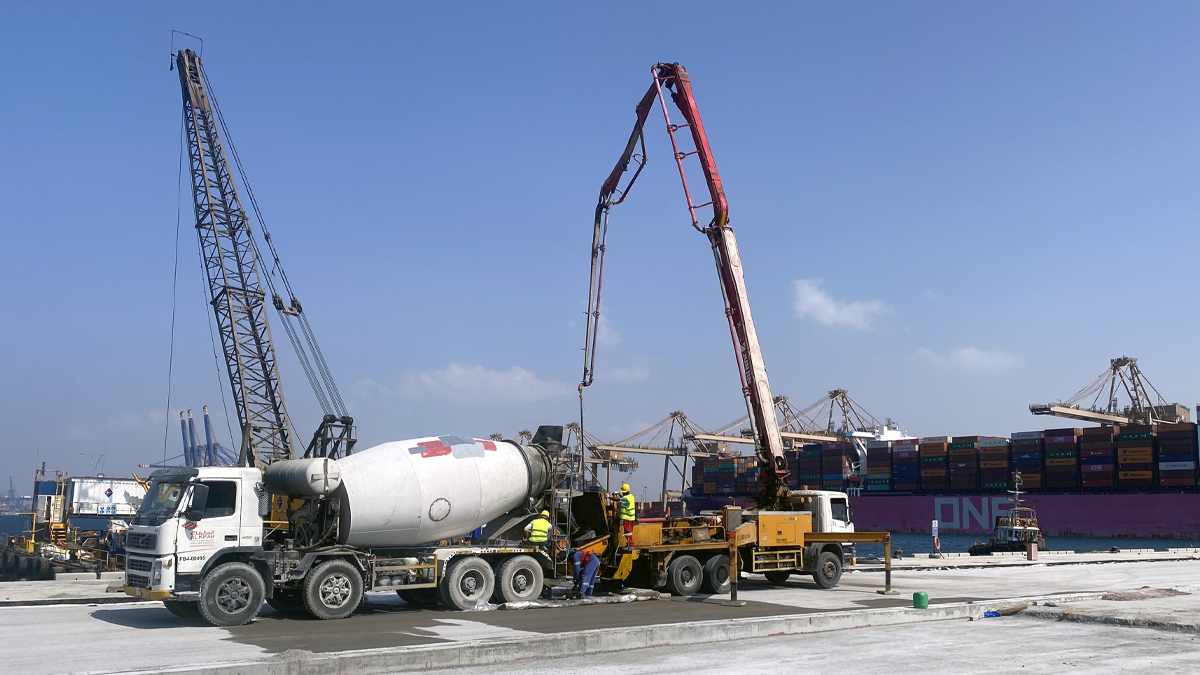 Al Kifah Ready-Mix & Blocks (KRB), a leading supplier of readymix concrete and concrete masonry units in Saudi Arabia, continues to provide its quality products to many of the most prominent projects in the kingdom.
In Jeddah, for instance, it is a major supplier of readymix concrete for the expansion and upgrade works at Jeddah Islamic Port.
Among the projects that KRB is currently working on it at the port is the construction of new berths (No 26 and 31) at South Container Terminal, which are being built by PC Marine Services under a contract awarded by the Saudi Ports Authority (Mawani). The port authority has also appointed Modern Building Leaders (MBL) – in consortium with Huta Hegerfeld Saudia – to deepen the harbour approach channels, turning basins, waterways, and the south terminal basin.
The groundbreaking ceremony for the first phase of expansion and upgrading of the terminal was held last October. The four-phases project, which is targeted for completion by 2024, will involve infrastructural upgrades, including the broadening of draft depth and quay, and the installation of advanced equipment and technologies. On completion, the revamped terminal will double the port’s container handling capacity from 2.4 million to 4 million TEUs (twenty-foot equivalent units) by 2024.
KRB will be responsible for supplying concrete for the projects that have been contracted within the port area such as the infrastructure works and berths construction.KRB will also provide concrete for the construction of the container yards beside the Jeddah Islamic Port, including the logistics center.
“We are currently supplying around 230,000 M3 of concrete for the demolition and reconstruction of berths 26 to 31 to the main contractor PC Marine Services,” a spokesman of Al Kifah Ready-Mix & Blocks tells Gulf Construction.
The new berths which are about 16 m deep and 1,100 m long will be built at the multi-cargo terminals to receive large bulk grain shipments, accommodate larger vessels to cover the local market demand, secure Saudi Arabia’s strategic grain reserves through higher imports, and boost overall food security through Jeddah Islamic Port.
“KRB is also supplying 459,299 M3 of concrete for the Jeddah South Container Terminal upgrading project, where the main contractor is Saudi Archirodon,” the spokesman adds.
These two contracts have an estimated duration of 36 months.
The Jeddah Islamic Port project has set tight specifications regarding temperature control for some of the concrete items delivered such as the quay walls, and capping blocks, where the concrete temperature should not exceed 25 degree at the project sites to avoid thermal cracks within the structures that are casted, the spokesman explains.
The project is part of the concession agreement that Mawani signed with DP World Jeddah in April 2020 to continue operating and managing the South Container Terminal for the next 30 years. A total investment of $800 million has been directed to upgrade the terminal, which will enable the port to accommodate and serve the ultra-large container carriers (ULCCs).
The development plans include extending the length of the quay from 1,500 m to 2,150 m and deepening the draft to 18 m, which will enable the terminal to service five vessels simultaneously and handle the largest container vessels in operation today and in the future, carrying up to 26,000 TEUs.
The upgrade and expansion of Jeddah Islamic Port is part of Mawani’s initiatives to accelerate growth in the maritime transport and logistics industry and drive a transformative shift in port operations by implementing more than 160 projects, in a bid to position Saudi Arabia as a global logistics hub.
Moreover, an upgrade of the terminal yard surface, enhancements to the lighting and a complete upgrade to the utilities are also planned.

Alkifah is a leading producer and a main player in the construction field supporting the new projects in the kingdom, it has a very highly qualified technical team working to meet customer requirements and specifications.

Other posts that you should not miss. 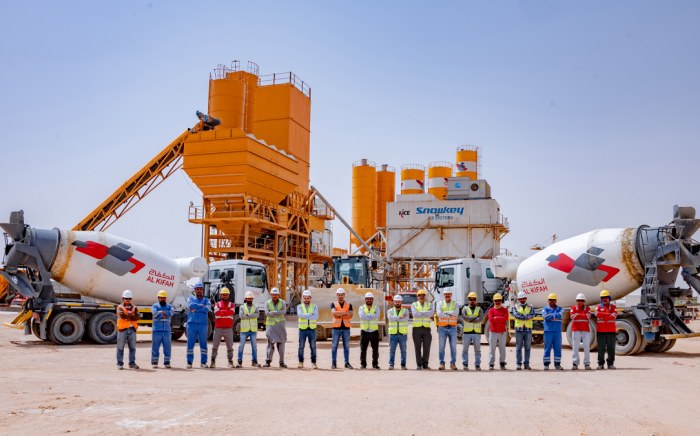 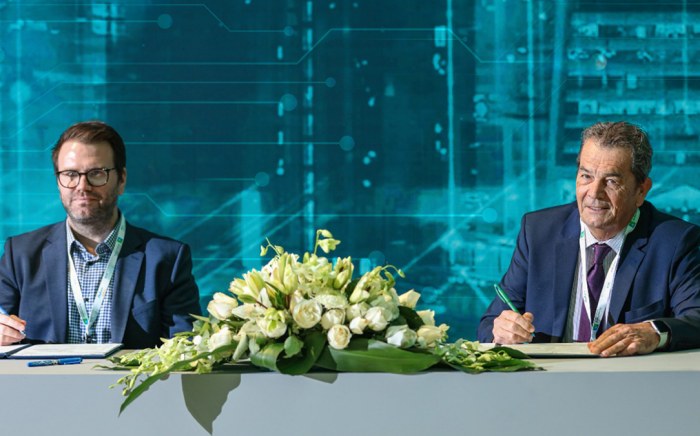 July 19, 2022
-
News
Since its inception, Al Kifah Ready Mix & Blocks (KRB) has taken on many initiatives toward the ready-mixed concrete industry in KSA for durable, sustainable, and environment friendly products. Based…
Read More →
1 MIN READ 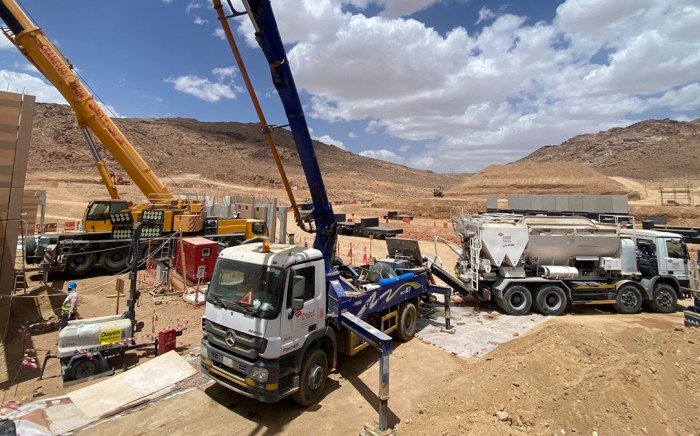